Our Story is about the future

We are a unique orthodontic specialty practice conveniently located in the heart of Omaha, Nebraska.

Our story is about the future… it’s about transforming an image.

Orthodontics is what we do, but how it is done matters because its story will travel with you to be told. Being personally committed to making a difference is the catalyst that feeds our efforts.
Our mission is simple… we aim to reinvigorate our brand of Orthodontics and announce it… our brand is providing our knowledge, skills and artistry, embracing change and innovation, applying proven methods to attain a smile that uniquely completes your image. So no matter where you present your smile our brand is shared with others.

Our story is worth telling. Our Beliefs in Patient Care

We believe in individualized treatment maintaining the patients unique footprint.
We strive to provide efficiently managed, superior treatment results.
We enjoy participating in a positive life event where we partner together in building the future.
We use hard evidence to make the best possible decisions in patients' interests.
We love results – they speak for themselves. 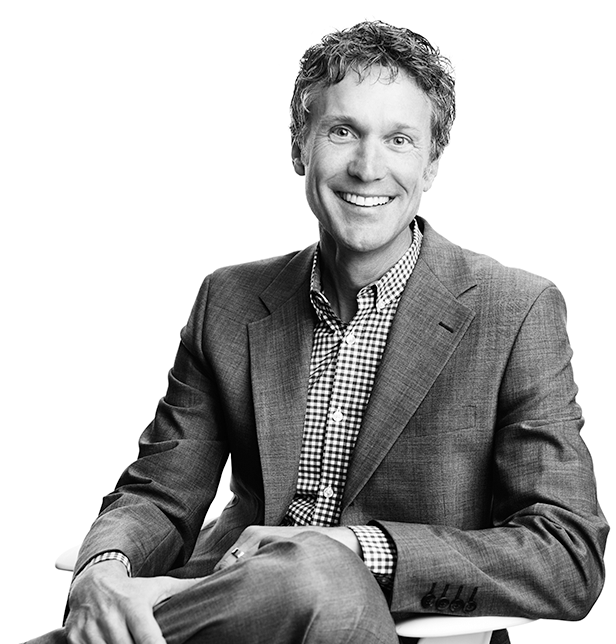 Dr. Sheehan was born and raised in St. Louis, Missouri where playing soccer was his ticket to an education at Creighton University. After completing 3 years of undergraduate studies Dr. Sheehan achieved early acceptance to the Creighton University School of Dentistry where he received numerous awards recognizing his scholastic and clinical achievements, as well as his leadership and character. With degree in hand, Dr. Sheehan was commissioned into the United States Navy as Lieutenant and served with the Fleet Marine Force, 1st Dental Company Camp Pendleton California during the Gulf War. Completing his commitment with promotion to Lieutenant Commander, Dr. Sheehan entered Specialty Training at the University of Iowa in Orthodontics and Dentofacial Orthopedics, completing a residency program while attaining a Master of Science Degree. Dr Sheehan returned to Omaha in 1996 to embark on his private practice career and give back to the Dental School volunteering his time to teach the Senior Lecture and Junior/Senior Clinicals. Presently Dr. Sheehan devotes all of his time to his clinical practice where he blends experience, knowledge, and skills creating smiles.

Dr. Sheehan believes in attention to detail, and commitment to the highest standards in the delivery of his care. This is reflected in the office environment, which centers on being friendly and attentive while utilizing advanced technology and environmentally conscious products. He treats people in the manner in which he would like to be treated himself.

A 3D computer imaging technique in the wireless management of tooth movement. Invisalign® takes a modern approach to straightening teeth, using a custom-made series of aligners created for you and only you. The aligner trays are made of smooth, comfortable and virtually invisible plastic that you wear over your teeth. Wearing the aligners will gradually and gently shift your teeth into place, based on the exact movements we plan for you.

See if you are a candidate for this system… CONTACT US

A popular choice where strength, performance and durability are factors. With traditional metal braces, the wire is engaged in the bracket by an elastic tie (color you choose) or a metal tie wire. With metal self-ligating braces the wire is engaged by a built-in spring clip that is part of the bracket. The ability to affect friction, tie in efficiency and visit intervals are the underlying differences in the systems of which may be desirable or undesirable depending on your problem.

An aesthetic choice which blends the appearance of the bracket to the tooth color. With traditional ceramic braces the wire is engaged in the bracket by an elastic tie (color you choose) or a teflon tie wire. With ceramic self-ligating braces the wire is engaged by a built-in spring clip that is part of the bracket. The ability to affect friction, tie in efficiency and visit intervals are the underlying differences in the systems of which may be desirable or undesirable depending on your problem.

A 3D computer imaging technique in the wireless management of tooth movement.

A popular & traditional choice where the strength, performance and durability are factors.

An aesthetic choice, blending the appearance of the bracket to the tooth color.

WE LOVE OUR PATIENTS

Each person should feel comfortable asking questions and feel confident in the quality of our care. We are comfortable with questions and want you to feel aligned with us in confidence. We aim to be different because each patient offers us a unique opportunity to impact his or her future. Use the form below to request an opportunity for us to visit with you or your child for the first time. We will connect with you and personally walk you through the process. If you're one to talk (we think that's best), call us and we'll do the same. It's our pleasure.